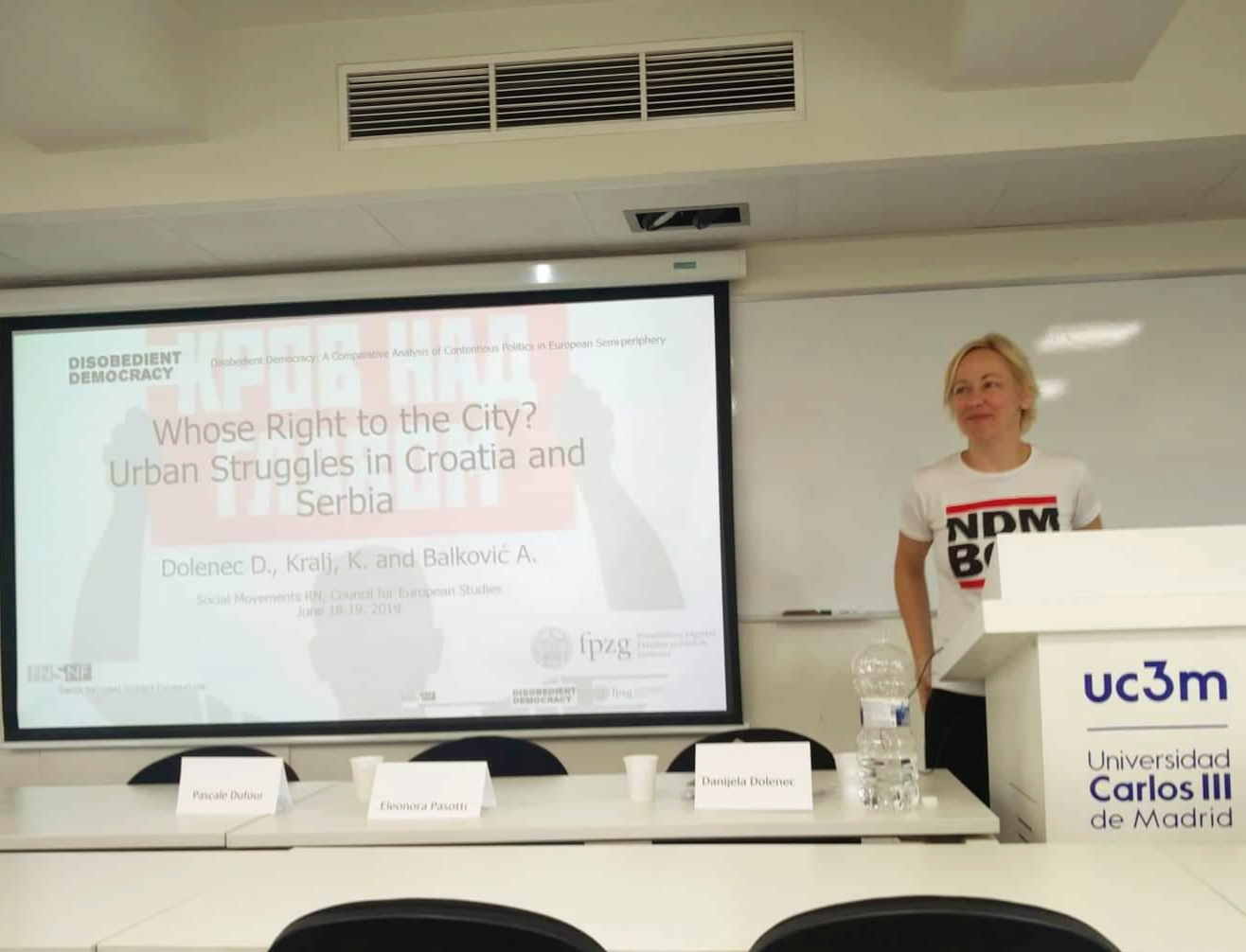 Urban Struggles in Croatia and Serbia

The Conference of Europeanists annual meeting in 2019 was in Madrid, and adjacent to the main event the Social Movements Research Network organized a preconference, focusing on Right to the City movements.

Danijela Dolenec, Ana Balković and Karlo Kralj presented a paper entitled 'Whose Right to the City: Urban Struggles in Croatia and Serbia'.

Since many post-2008 mobilizations revolved around housing struggles, this paper explores how they are related to class dynamics. We reject Kerbo’s (1982) distinction between movements of crisis versus movements of affluence, arguing that urban struggles often embody anti-capitalist demands as well as post-materialist demands for increased citizen participation and democratisation of city governance.

To understand this complexity, we explore class bases of protest events in Zagreb and Belgrade, capital cities within post-socialist political economies. Compared to their Western counterparts, in post-socialist cities the demolition of the social in favour of the market has resulted in far-reaching transformations of how the city is used and experienced (Dolenec, Doolan and Tomašević 2017).

Relying on our PEA data for 2000 - 2017 enables us to capture periods before and after the onset of the economic crisis. We distinguish protest demands focusing on the housing crisis on the one hand, versus those focusing on urban planning and quality of urban space on the other. Starting from this distinction, we explore identities of protesters, the framing of demands, and other aspects of protest events to establish possible class patterns of mobilization. Furthermore, we spatially analyse the distribution of these types of protest in Zagreb and Belgrade, aiming to determine class dynamics across city neighbourhoods.